Ramblings of a Pain Filled Mind

Because giving up isn't a option

On this day in 2001 I, like many others, awoke to a world that was no longer the safe place it had been 24 hours earlier.  My Mom woke me saying a plane had struck one of the World Trade Center towers in New York.  She was dressed and ready to go to work, rushing because of this tragedy.   I was off of work on workers comp for an injury to my knee and a scope to clean it up.  I got up, made myself a cup of coffee ready to face the world.  From the moment I looked at the TV, my world was turned upside down.  Mom & Dad were watching ABC coverage of the Towers.  It was live.  I sat down and the next image I see is the second plane flying into the South Tower.  I damn near choked on my coffee!  Never in my life did I believe I would be witness again to history being made.

People from my parent’s generation are always asked ‘where were you when..Kennedy, Dr. King, Bobby was killed?’  My generation gets asked where were you when…the Challenger exploded, the OKC bombing, 9/11?’  I’ll always remember.  I was in my 4th-grade class watching the launch live, I was home watching the news and worrying about my uncle who was there for a job interview,  I watched it happen live as the second plane was deliberately crashed into the South tower of the World Trade Center.

Like most Americans’ on that fateful day, I was glued to the TV for the next several days.  Watching when the towers fell, waiting with baited breath for word on survivors, shaking my fist at those responsible for this horrific act of terrorism.  Calling for the blood of the mastermind of the worst terror attack on U.S soil.  Worried when my Mom went to work.

And then the day came for me to return to work.  I was shaking at the prospect.  You see Mom & I worked at DIA.  Mom for the airport.  Me, I worked for United Express.  Now you understand the fear.  I stepped off the train on Concourse B for the first time since the attacks.  For those who have never had the pleasure, Concourse B is United’s.  At the time, it stretched for just over a mile.  And it was empty.  Silent.  Dead.  I looked out the massive windows to see 2 and 3 planes parked at a single gate.  Massive planes.  I could look from on end of the concourse to the other and not see a soul.  Sure, us employees were there, but even we were few and far between.

For the next 6 months, I watched as the biggest airline at DIA damn near went belly up.  I help passengers who, seeing the great hulking grey aircraft sitting outside had massive panic attacks because all they could see was the plane flying it the tower.  I watched friend and colleagues work hard uncertain if they would have a job tomorrow.  I walked past armed service men & women with AR’s over their shoulders.

Slowly life returns to DIA, but never to the scale it was before 9/11.  Never with the same level of security as before.  TSA was born out of the ashes of the Twin Towers.  As an employee of an airport, you question everyone, everything.  I left United Express in ’04 and began a career with the airport working for the City of Denver.  Still, at the airport I loved dearly.  But never the same airport I started at.

9/11 holds a different meaning for all of us.  We all mourn the loss of innocence that we had before the towers fell.  We moved on, caught the mastermind behind the attacks.  Grew stronger and persevered.  The one thing we will never do is forget. 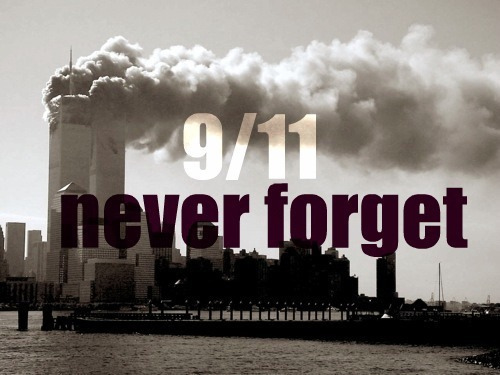 A 30-something natural hair chic trying to cope with chronic pain. Lover of animals, food, fashion & shoes. Living life to the fullest because it's too short and you don't know which stop is yours.

BACK PAIN BLOG UK IS A PERSONAL JOURNEY OF A CHRONIC BACK PAIN SUFFERER. MY SITE IS FULL OF THE LATEST TREATMENTS, PRODUCT REVIEWS, THERAPIES, DRUGS, TIPS AND WEBSITES ON BACK PAIN, FIBROMYALGIA and ARTHRITIC CONDITIONS.

knit the hell out

More obsessed with each passing stitch.